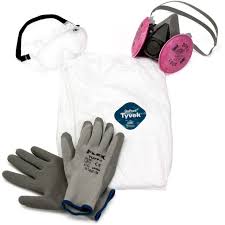 Scientists have discovered that the soil composition typically used by the U.S. Environmental Protection Agency to cap asbestos Superfund sites actually increases mobility of the toxic mineral, sending it into groundwater that could endanger people nearby.

This discovery disproves the long-held belief that, once buried, asbestos waste no longer presents a serious problem.

The Journal of Hazardous Materials Letters published the findings in early 2021. Researchers referenced at least 16 federal Superfund sites designated by the EPA as environmental emergencies, along with many lesser-contaminated asbestos dumping grounds.

“People should be aware of what’s out there,” Sanjay Mohanty, lead study author and assistant professor at UCLA Samueli School of Engineering, told The Mesothelioma Center at Asbestos.com. “We typically assume, once it’s embedded in the soil, there is no risk. But we’ve shown here, in some instances, that’s not the case.”

The project began at the University of Pennsylvania Department of Earth and Environmental Sciences, where all three served previously. The findings were based in part on samples taken from the BoRit asbestos Superfund site in Ambler, Pennsylvania.

Originally, the goal of the study was to gauge the effectiveness of the EPA’s method of covering asbestos disposal sites with soil that included dissolved organic matter – compost or biosolids – used to support and encourage vegetation cover.

What researchers found was that the dissolved organic matter actually increased the likelihood of further exposure to the cancer-causing mineral.

“Now we can show that exactly the thing that they [EPA] do, which is add manure or other organic sludge to the asbestos piles that creates production of dissolved organic matter, is exactly what causes the liberation of asbestos,” Willenbring said in a recent news release from Stanford University. “It’s actually facilitating the transport of asbestos fibers.”

Through extensive laboratory testing, the researchers concluded that dissolved organic matter changes the texture and electric charge of the microscopic asbestos fibers, enabling them to move more easily through the soil.

Researchers believe those fibers eventually find shallow groundwater and nearby rivers or streams, where they can become airborne again via irrigation, or by the drying up of riverbeds.

“People have this idea that asbestos is all covered up and taken care of,” Willenbring said. “But this is still a lingering legacy pollutant and might be dribbling out pollution, little by little.”

Asbestos is a naturally occurring mineral that was once a coveted building material, used ubiquitously to strengthen most anything with which it was mixed.

Unfortunately, it also is toxic, and the inhalation or ingestion of microscopic asbestos fibers can lead to a variety of serious health issues, including malignant mesothelioma, lung cancer or asbestosis.

Although asbestos has not been mined within the United States for 20 years, and its importation and use today has fallen dramatically, legacy asbestos remains a serious issue. Asbestos dumping grounds, and the areas around them, can be dangerous.

Fortunately, different varieties of dissolved organic matter have different effects on the mobility of buried asbestos.

“Not all organics have the same effect,” Mohanty said. “There are different degrees. The probability of exposure is never zero, but what we’ve found is that the probability becomes a little higher under certain conditions.”

The researchers believe that areas where asbestos was buried should be more carefully monitored by the EPA, along with soil composition.