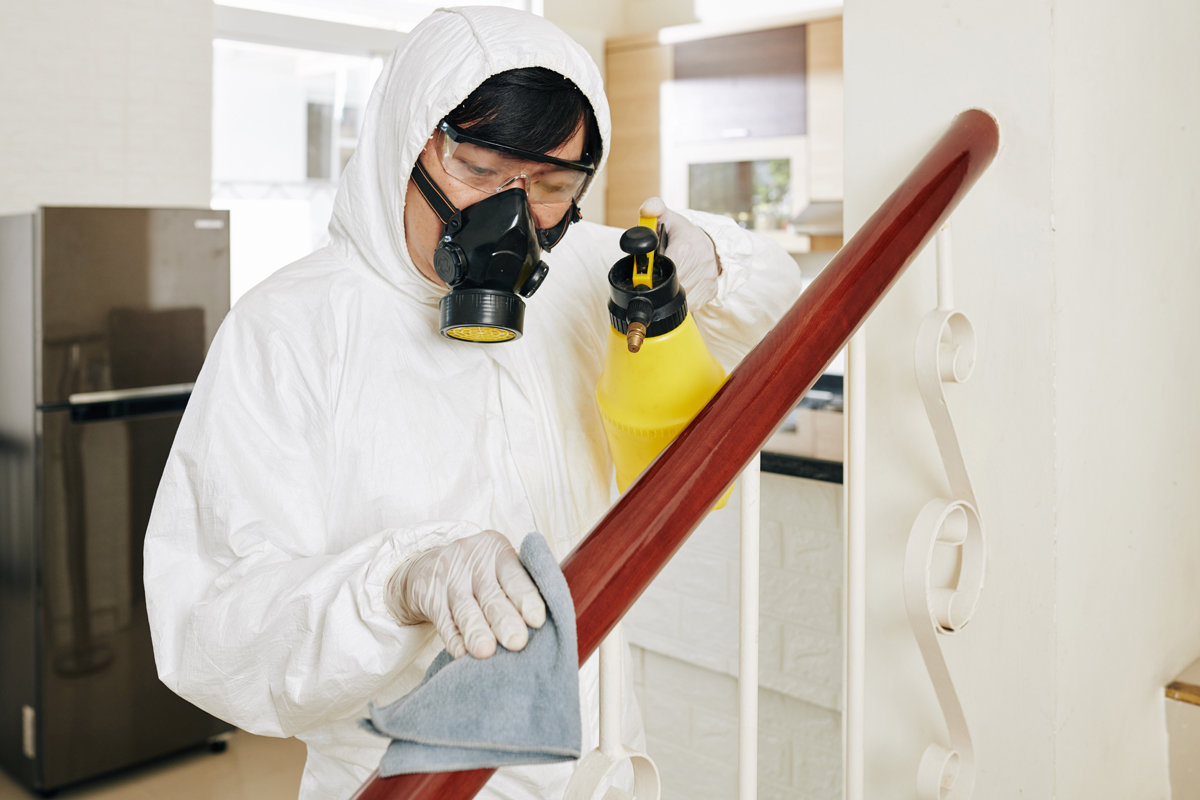 There are many ways to figure out whether your popcorn ceiling has any asbestos. One way is to purchase a kit that allows you to test your ceiling or you can pay a professional asbestos removal company to visit your home.

When purchasing an asbestos kit, you will have to extract a sample of the ceiling and mail it into a lab for examination. Hiring a professional team is tremendously safer, but most likely a pricier option. If you in turn do go down the path of testing for the asbestos yourself be sure to also test the ceiling for lead paint, as that was also commonly used during the era of the popcorn ceiling.

Simply put, any percentage of asbestos in your ceiling is dangerous, so be sure that nothing disturbs it and decide whether or not you’d like to encapsulate it, or have it removed altogether.

Stucco ceiling overall is an easily damageable material. This material can even release toxic smoke at even the smallest of disturbances. Inhaling such asbestos smoke can cause serious injury and can even lead to diseases such as asbestosis, or lung cancer, and possibly mesothelioma.

Whether the base level of your ceiling has one or ten percent asbestos, the same rules apply. The ceiling actually won’t damage your health if it is untouched by anything or properly quarantined away. In the long run, it is way safer to just have it professionally removed.

Tips On How To Live With Asbestos In Your Popcorn Ceiling:

How Can You Quarantine Your Asbestos Filled Popcorn Ceiling?

When It comes to quarantining your ceiling this means to not have any sort of access to the location so it doesn’t release any asbestos dust. The typical ways of solving the issue can be covering the location with new ceiling panels or you may use vinyl paint. The best decision, though, would be to hire a professional.

How Can You Remove Asbestos Popcorn Ceiling?

In most cases, it’s better to have professionals resolve the issue properly right from the jump. With this in mind if it isn’t immediately resolved, it may become more expensive down the road. It is up to you as the homeowner to do what you want with it. In the instance that you do not want to remove this, check with your local laws as some states have rules against asbestos being in multifamily homes or commercial buildings. Single-family homeowners have mostly full access to perform asbestos removal on their own, although every state/city is different.

Neglecting any guidelines enforced within your community can be costly. Some insurances doesn’t even cover asbestos contamination due to renovations on the home.